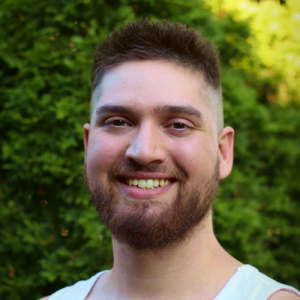 Greetings from your newest member of (defun games ())!

I’m James and I’m excited to join Scott, den, and Mauricio on their (defun games ()) journey.

I’m just a friendly neighbourhood programmer. I briefly joined the tech industry doing R&D for a telecom company after studying computer science. I admit, I enjoyed working there, but the I found it hypocritical to give my time and effort to a company whose priorities, operations, ethics, and alignment I disagree with. After that, I decided to try to make my own way and work on projects that I thought would help the world (rather than just maximizing wealth extraction). I have started some projects like a multimedia streaming service intended to be a reference implementation of my “business ethics” – which I can talk about another time – and some stubs of game ideas. I also contribute where I can to the Gentoo Linux user repository (GURU), and miscellaneous Free and Open Source Software, an idea that if you’re not familiar with I encourage you to investigate.

There are a few things that piqued my interest about (defun games ())… First, I was impressed with their ambitious first game concept: Spycursion, a near-future MMO focused on hacking and espionage – quite interesting if you ask me! Second, I appreciated the passion, gusto, and down-to-Earth attitude that I could ascertain from reading the (defun games ()) blog. The (defun games ()) guys aren’t your typical Silicon Valley techies carving out the shortest path to millions in profit. They’re actually interested in doing right by gamers and the industry as a whole. I relate to the team’s aspiration to push game development forward (and a little off the beaten path, using Lisp & LFE), to create interesting and useful technologies, and to run a tech company ethically (unfortunately, a rarity).

Oh, and a bonus: the Spycursion game client will be FOSS (we’re not sure about the exact license yet), meaning users could modify it or write their own client and use that instead. This is great! Not only for customization and freedom, but also for safety/privacy: users will be able to see exactly what code they are executing on their machine. And a bonus bonus: FOSS licensing means, in theory, the client could be added to the main repositories for GNU/Linux distributions like Debian, Gentoo, or Guix.

Clearly, (defun games ()) was attractive to me. So I decided to see if I could be of any help. I simply sent an email through the (defun games ()) website and subsequently met with Scott & den via video chat. Our meetings proved my optimistic first-impressions true, plus some. I liked them and I suppose they liked me, so they graciously invited me to the team and here I am!

What am I up to now?

I am working with Scott on claylib, a Common Lisp game toolkit based on raylib, which we will use to write the Spycursion client. I’m also learning Erlang/LFE from den so I can help him out on the server side down the line. I also enjoy learning music and graphics stuff, which I would love to do for Spycursion, but my skills aren’t up to snuff… yet.

Thanks to all of you patiently waiting for Spycursion and rooting for us. We’re all sure at (defun games ()) that we’re in it for the long haul. Stay tuned, friends 🙂