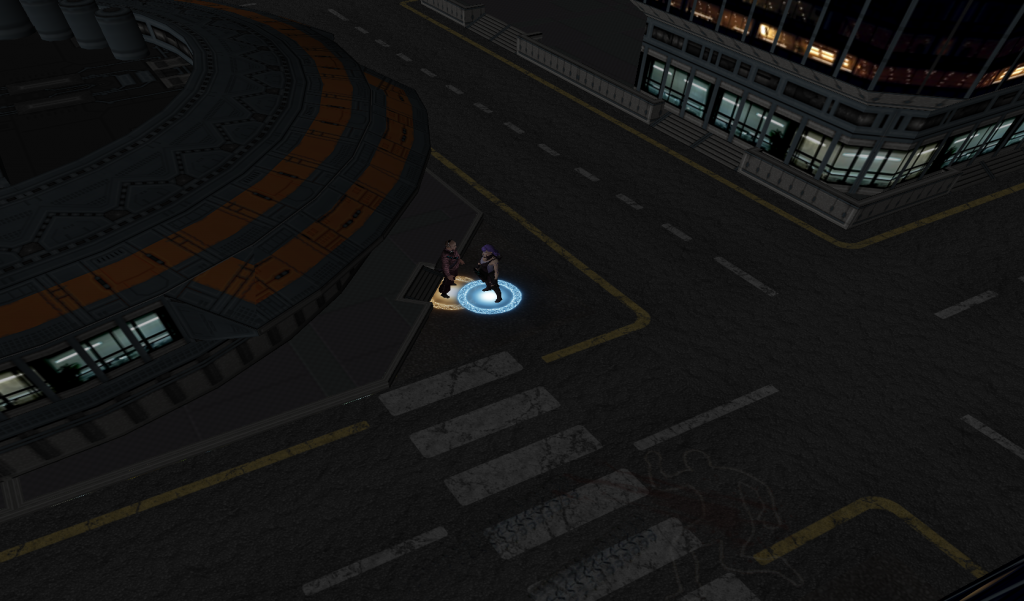 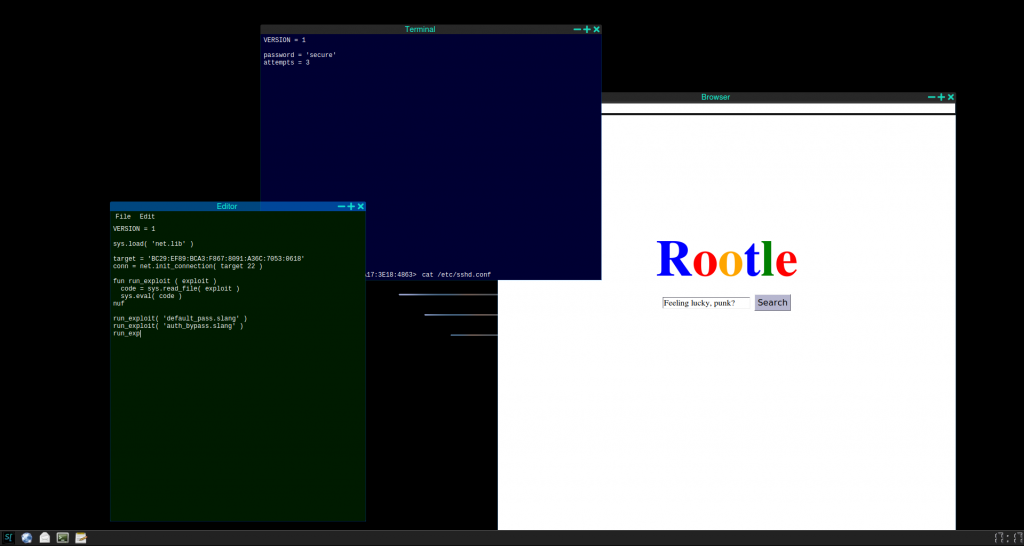 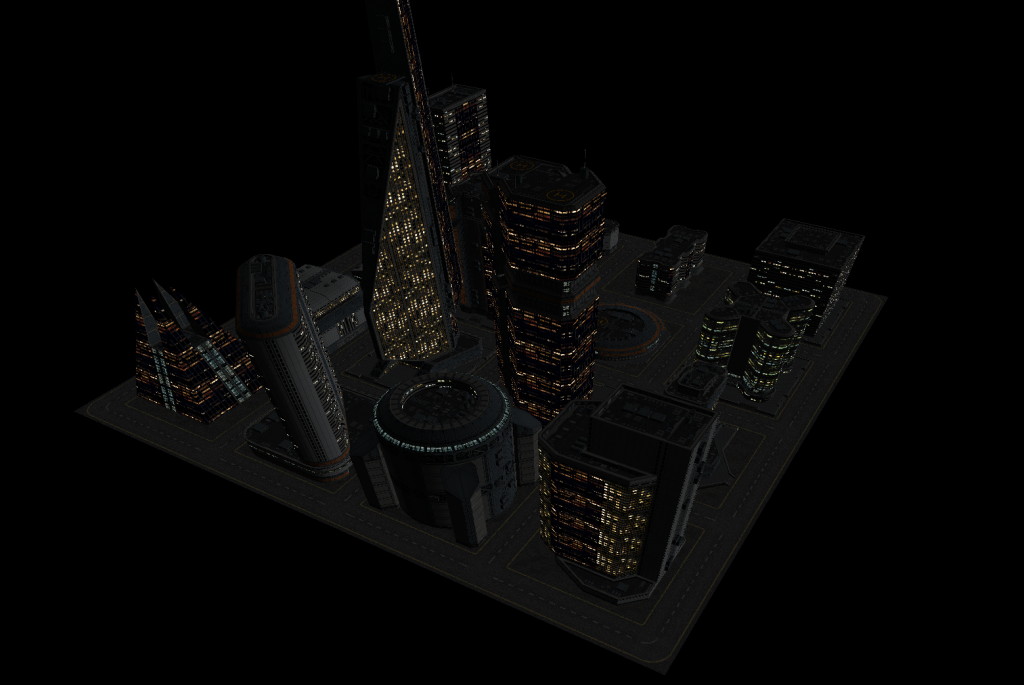 
It’s now the year 2032. In the recent past, a major cyberwar decimated much of the global internet infrastructure. What remains of it has largely been seized by pre-existing power players. Many countries have shunned the global internet and attempted to close their electronic borders (with varying degrees of success), while governments in general have lost much of their power in favor of corporations, loosely-tied criminal and vigilante groups, and even skilled individuals. In a world where information is more valuable than gold (but maybe not Bitcoin), “Spy” may now be the world’s top-paying job title. 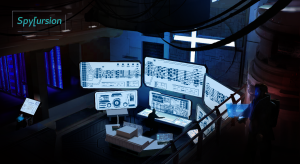 Disclaimer: Spycursion is an ambitious game in early development. We present to you this information as a vision for how it will unfold. That said, some features may not be in the game when it launches. We will add these missing features — or completely new features — in later updates, depending on what players ask for!

As a Spycursion player, your objectives will be… whatever you want! It will be a sandbox game, where you can play several roles, which may influence your abilities and bonuses/penalties: 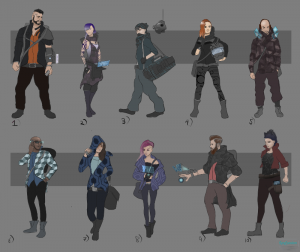 At the core of the game is basically a mini-Internet — simulated devices of all sorts, running software written in an in-game programming language called Slang (short for “Spy Lang”). Some of said software is open-source, some of it is proprietary… nearly all of it has security holes just waiting for you to exploit and/or patch! You’ll start off with access to a handful of basic public services (search engine, news, webmail, etc.), and as you explore, you’ll discover other public and private services run by other players or NPC’s.

Over time, various events will occur which will encourage (or force!) you to take some action. Bounties will be placed on well-known criminals, making them a target of other players and feds alike. Cryptocurrencies will rise and fall in value, influencing and influenced by the in-game economy. Software security holes will be publicized, encouraging hackers and putting corporations on the defensive.

Unlike most other hacking games, there’s a very “out in the world” element to Spycursion. Wi-fi hacking, phone hacking, and even shoulder-surfing and eavesdropping are all fair game. Missions will vary in design from the simple (“Trace the sender of an e-mail”) to the complex (“Steal a file from an air-gapped computer in a high-security facility”). Some can be performed from the relative safety of your character’s home, while others will require you to travel to another location, possibly risking the wrath of airport security.

Spycursion will also contain a single-player campaign, in which you will explore the history behind the cyberwar and discover just how the world came to be this way. 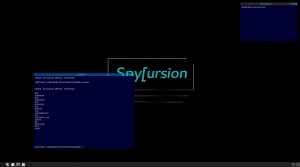 Yes, the Spycursion client will be open source! Don’t like that UI screenshot you see up there? No problem; just break out your favorite editor and sculpt it to your whims. Or build your own client from the ground up using our API! The choice is yours, and in Spycursion, many more choices will be, too. We greatly look forward to sharing more about this game. Stay tuned!


Waiting in the security line at the Atlanta airport gives a person plenty of time to think about their life choices. As you shuffle forward at a glacial pace, you wonder if it’s really a good idea to become even more entangled with the enigmatic information brokers known only as Big Data. The first two missions for them were relatively painless, not to mention lucrative. But something about this one feels… off. In theory, it’s a simple real-world mission:

Well, as simple as real-world missions can ever be. It’s always risky doing an op out in the open, in full view of any cameras or shoulder-surfers. Traveling for an op is even riskier, but hey, whatever pays for that new rig you’ve been eyeing.

“Photo ID, please.” The TSA agent is staring at you impatiently.

A sudden chill runs up your spine. This is your first time flying with a fake ID. Such measures became necessary after a rival spy de-anonymized and “leaked” you (read: framed you) to the feds, officially making you a wanted criminal. The shop that sold you the ID claims to be good, and they are well-reviewed, but still…

“Thanks, enjoy your flight.”

Whew, that’s a relief. You shamble through the rest of the line, and the ever-present privacy violations that are the TSA’s body scanners, without incident. Past security and relatively safe for the moment, your thoughts return to the mission at hand. Though they keep their cards close to their chest, Big Data has never been known for recklessness. If they ask for information, it’s because someone else is willing to pay well more than the costs of obtaining it. Still, to your knowledge, they don’t have much of a presence in Chicago, and no one gave you any information at all about who your target actually is, other than a basic physical description (redhead, 5’6″, mid-40’s) and the location of her favorite coffee shop.

And then there was the mission listing itself: High-paying, at the top of the list. Normally those missions are snagged within a few minutes by the swarms of risk-tolerant idiots who want to make a name for themselves, but this one sat for multiple days before you conjured up the courage to click “Accept.” It’s almost as if — a lump forms in your throat as the pieces come together — someone intended you to take this mission.

Spycursion, our first game in early development, is what we’re referring to as a “subterfuge MMO.” It combines in-depth realistic hacking with an overworld map allowing you to move from place to place (think wardriving), in a massively multiplayer sandbox which will let you team up with other players, attack them… or do both simultaneously! Watch this space for more on Spycursion. It’s got a number of very innovative features that we think you’re going to love.