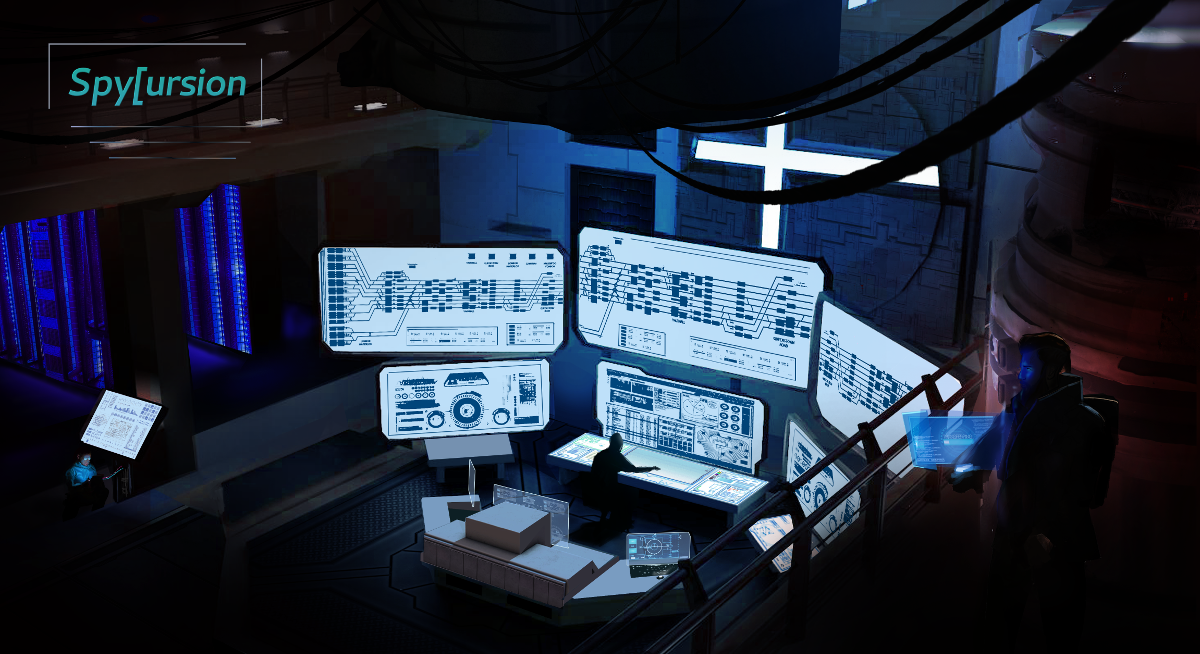 Earlier this week we shared our ideal vision of Spycursion. A “what if” of the game’s ultimate potential if everything works out like we hope it does. In order to approach that potential, we’re taking this project to Kickstarter.

Our project is a big one, and we’re incredibly ambitious about where we want to take it and what it can be. This is why we’re taking this route. We want Spycursion to be everything we say it will be and more: a sprawling world of subterfuge and espionage centered around a variety of busy and detailed cities where hacking, brokering information, performing espionage and daring thefts are just a few of things you’ll need to do to get by.

As with all good things, though, this is going to need capital, something that we have a strong need for as a small indie studio. I say capital because it isn’t just money we need, we also need talent. As it stands we’re a very small team, there’s only a small handful of us, and only one of us is spearheading the actual development of the game at the moment, and that’s Scott. Dan is the Community Manager and PR, but he has no clue when it comes to coding or programming (it’s true, I really don’t).

If you’re reading this and you want to join the team, see here for more info. We’d be delighted to hear from you!

What can you do now, though? We’d be extremely grateful to anyone that wanted to back the Kickstarter when it launches. Otherwise, though, if you’re a dedicated follower or simply someone who likes the idea of what we’ve got planned, spreading the word about Spycursion and its upcoming Kickstarter is the best thing you can do right now. Share it with anyone you know who might be interested, stay tuned to our social media pages, and help share the exciting updates we’ll have in the future.

We hope you choose to come along with us for the ride, and we hope to see you there when the Kickstarter launches!